Chemical and physical disequilibrium in the ocean, atmosphere and in the Earth’s subsurface can lead to gigantic convective flows of methane and carbon dioxide. Examples in the atmosphere and oceans include the turbulent plumes formed during the Icelandic volcanic eruption (2010), the BP oil spill in the Gulf of Mexico (2010), and the large number of methane plumes found recently in the Arctic Sea (2013). In the sub-surface, when carbon dioxide dissolves in the water contained in the porous rock, the heavy CO2-rich fluid sinks driving vigorous laminar convection. A further example is the flow of dissolved methane under osmotic forces in the porous rock near mud volcanoes on the seabed. In this talk, we focus on the non-linear interaction between hydrodynamics and chemistry, including chemical reaction or dissolution/precipitation, in such flows. Using complementary theoretical, numerical and experimental approaches, we quantify the spatiotemporal development of the flow pattern caused by ongoing chemical processes and mixing in the fluids.

Mathematics for data-driven modeling – The science of crystal balls

In mathematical modeling one typically progresses from observations of the world (and some serious thinking!) to equations for a model, and then to the analysis of the model to make predictions. Good mathematical models give good predictions (and inaccurate ones do not) – but the computational tools for analyzing them are the same: algorithms that are typically based on closed form equations. While the skeleton of the process remains the same, today we witness the development of mathematical techniques that operate directly on observations -data-, and “circumvent” the serious thinking that goes into selecting variables and parameters and writing equations. The process then may appear to the user a little like making predictions by “looking into a crystal ball”. Yet the “serious thinking” is still there and uses the same -and some new- mathematics: it goes into building algorithms that “jump directly” from data to the analysis of the model (which is never available in closed form) so as to make predictions. I will present a couple of efforts  that illustrate this new path from data to predictions. It really is the same old path, but it is travelled by new means.

The expanding world of dynamical systems: Nonsmooth shapes and robustness refuse the minus !?

Dynamical systems have proved to be a flexible and very useful approach for modelling phenomena in nature, economics and engineering. Most standard examples are expressed in terms of ordinary differential equations, and several extensions to partial differential equations are well established (like evolution equations).

Applications in shape optimization and robust control problems, however, reveal a joint weakness of these infinitesimal approaches: They require an underlying linear space. Shapes in three-dimensional space, for example, are just compact subsets without an obvious linear structure if any a priori assumptions about regularity are avoided.

This talk focuses on how the notion of ordinary differential equations can be extended to metric spaces. Various examples show that the underlying idea provides the starting point for extending dynamical systems to a broad class of infinitesimal evolutions. In particular, conditions for well-posedness are then directly available for systems whose components are of completely different mathematical type.

We will review a number of areas in biology in which cells move in response to different chemical and physical cues. Examples will include neural cell crest invasion, movement in epithelial sheets, and invasion in heterogeneous media. The mathematical models used range from partial differential equations, to discrete cell-based and hybrid cellular automata.

The talk will give a few demonstrations where we systematically tracked families of periodic orbits in experiments. The methods combine ideas by Siettos et al (2004), time-delayed feedback control ideas and classical Newton iteration based numerical continuation to apply control in a non-invasive manner. We apply this experimental technique to track more complex unstable phenomena, such as chimeras in a ring of phase oscillators, in simulations. In these cases the control is non-invasive only in the mean or in the continuum limit.

The transition to turbulence is characterized by coexistence of laminar and turbulent regions. In plane Couette and Poiseuille flow, this coexistence takes the form of statistically stationary alternating oblique bands of turbulent and laminar flow whose wavelength and orientation with respect to the streamwise direction are fixed. Since the wavelength of these astonishing patterns is much larger than the gap, they were first discovered in very large aspect ratio experiments. We study these patterns via full direct numerical simulation and reduced models.

This is joint work with Mat Chantry and Dwight Barkley

Universality is a key concept in statistical physics and dynamical systems theory. In the latter it is expressed by normal forms of bifurcations and in routes to chaos. In the former it has potent applications in the theory of critical phenomena: symmetries of the Hamiltonian uniquely select the set of critical exponents governing power-law divergences of correlation functions and response properties.

Breath figures are droplet patterns that grow on surfaces facing supersaturated steam. A characteristic example is dew. The droplets grow in time, giving rise to a self-similar droplet size distribution. Patterns at later time are reminiscent to those at earlier times, up to a rescaling of the size of the largest droplets. Hence, renormalization group theory was employed to determine the non-trivial exponent characterizing the size distribution. The derivation assumes that the exponent is universal. Scaling relations connect the exponent to the fractal dimension of the area that is not covered by droplets. However, this fractal dimension depends in a subtle way on the prescription of building the fractal, i.e.~on microscopic details selecting the positions where new droplets are nucleated and on non-universal aspects of their growth. The exponent is not universal.

Granular flow undergoes jamming when the particle density is increased. The transition is governed by a critical point that arises at random close packing and zero shear rate. Concepts developed in renormalization group theory of equilibrium phase transitions form a very powerful tool in the analysis of this transition. However, the values of scaling exponents depend on specific details of short-range interactions, and the fluctuations close to the critical point differ fundamentally from those close to classical critical points. They are not universal. I conclude that there is a new field of research emerging here. In non-equilibrium systems short-range, microscopic interactions break the Hamiltonian phase space dynamics. Some thermodynamic properties survive this perturbation, others — in particular the universality of scaling exponents — are affected in a non-trivial way. Dynamical systems theory provides the tools to clarify how the qualitatively new properties arise. 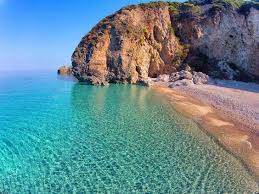